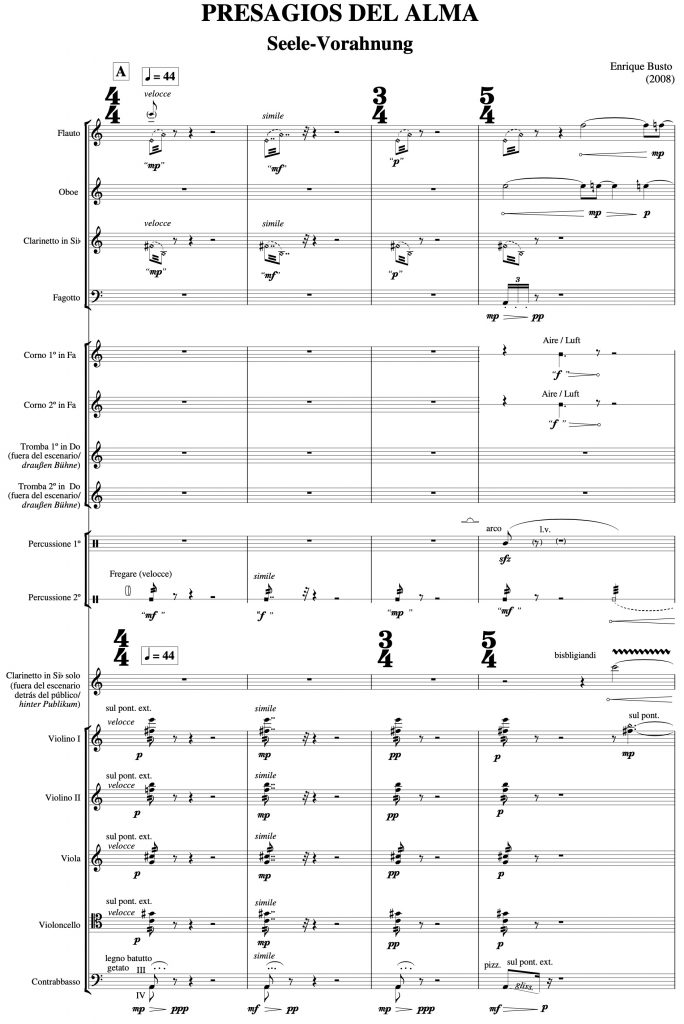 This work is inspired by a poem by the poet Pedro Salinas, entitled Presagio. It arises as a consequence of the composition studies carried out at the Robert Schumann Musikhochshule in Düsseldorf (Germany) with the composer José María Sánchez Verdú.

Later it was selected in the “ad libitum” contest organized by Musik Der Jahrhunderte in the German city of Stuttgart and was performed at said festival on July 27, 2009 by the Jugendsinfonieorchester Tübingen, with Ulrich Kern conducting, at the Stuttgarter Theaterhaus. This piece is part of a catalog created for the disposal of all the Hochschule in Germany.

In this work, the spatial aspect is worked on both in the acoustic and visual aspect of the viewer, since one of the interests of the composer is the immersive nature of the music, in such a way that it forms an active part of the sound discourse. In addition to the arrangement of the orchestra – the trumpets are placed on a higher level than the stage -, the solo clarinet starts from an initial position behind the audience, and during the work it will move to the stage, in a cadence that through repetitions of Very similar cells act hypnotically on the viewer, focusing different points of sound perception. This layout is intended for the concert hall where it premiered: the Partika Saal at the Robert Schumann Musikhochshule in Düsseldorf.

Another example of the game with the visual aspect is at the end of the piece, in the last two bars, the composer asks the interpreters to only make the gesture of playing but without sound.

This approach confers a certain “palimpsestuous” physiognomy to the work, combining different levels of perception and interrelationships between the various strata. The Ensemble acts in many moments as a single instrument, in such a way that the different gestures are directly interconnected and move as if it were a sound wave. Swell in which the solo clarinet moves taking a main roll but in some moments it is influenced by these gestures and is part of the texture of the Ensemble. As if it were a Kaleidoscope, the materials go through and combine in different ways but always preserving their original nature.

In this piece we must understand the showiness of the soloist not in a traditional way; in this case it is a more refined virtuosity, in terms of timbre and the different colors that can be extracted from the instrument. The use of new instrumental techniques extends the timbral refinement of the musical materials used. Sound perception turns in its most physiological aspect, in a form of direct communication based on intuition, expressiveness and suggestion through sound. 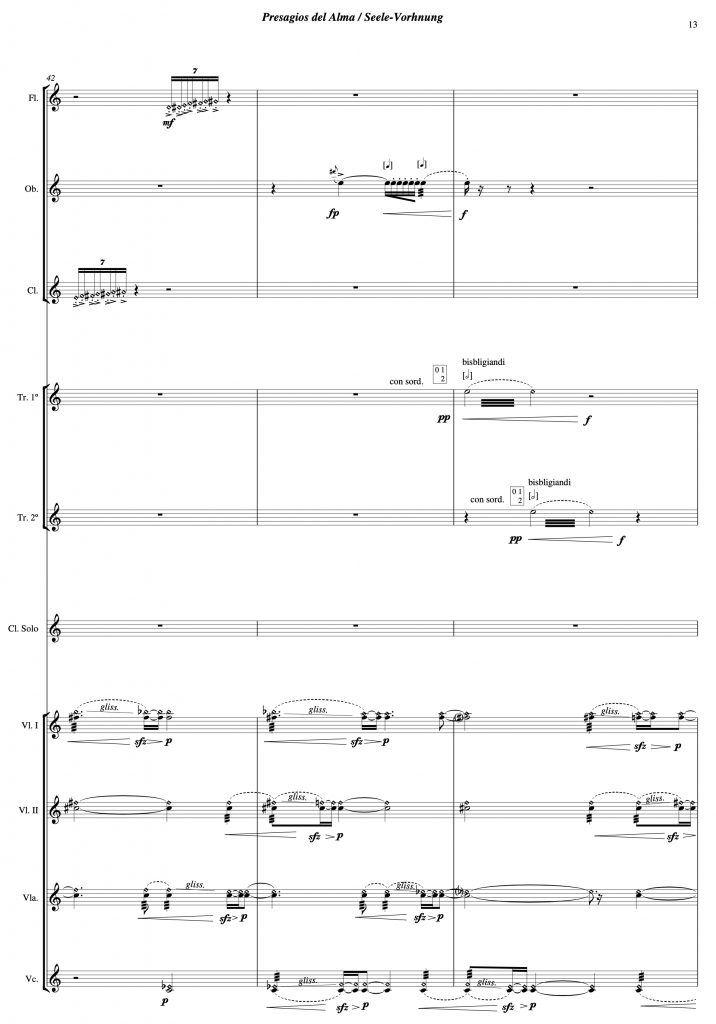