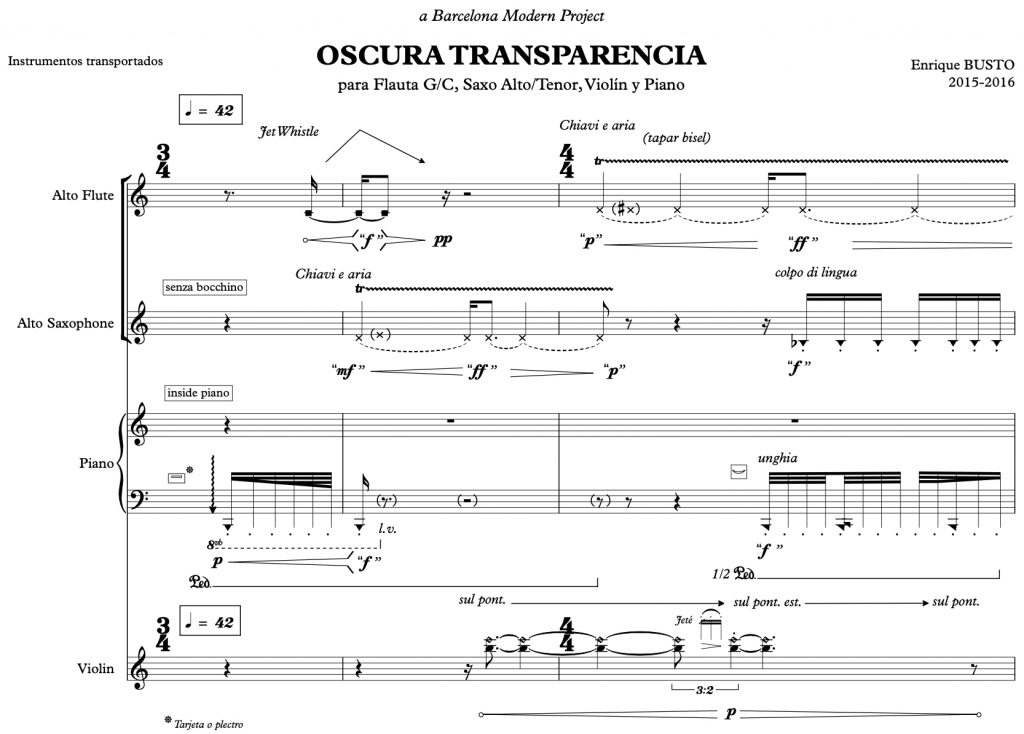 This work is composed within the framework of the II Composition Course carried out by the Ensemble Barcelona Modern Project, on this occasion, under the tutelage of the composer Hèctor Parra.

This work is inspired by a poem by José Ángel Valente entitled “El Ángel”. Reading this poem has suggested different sound images related to the concepts of memory and shadow. I have used the first from a structural point of view: the gesture at the beginning corresponds to moments before the end of the piece, as if it were a flash of what is going to happen later.

The second element (the shadow) I have used as a tool to build the instrumental framework, since the sound objects are accompanied by their shadow, as if a dark transparency accompanied the sound discourse, in such a way that it in turn enriches it and ends up merging with the. 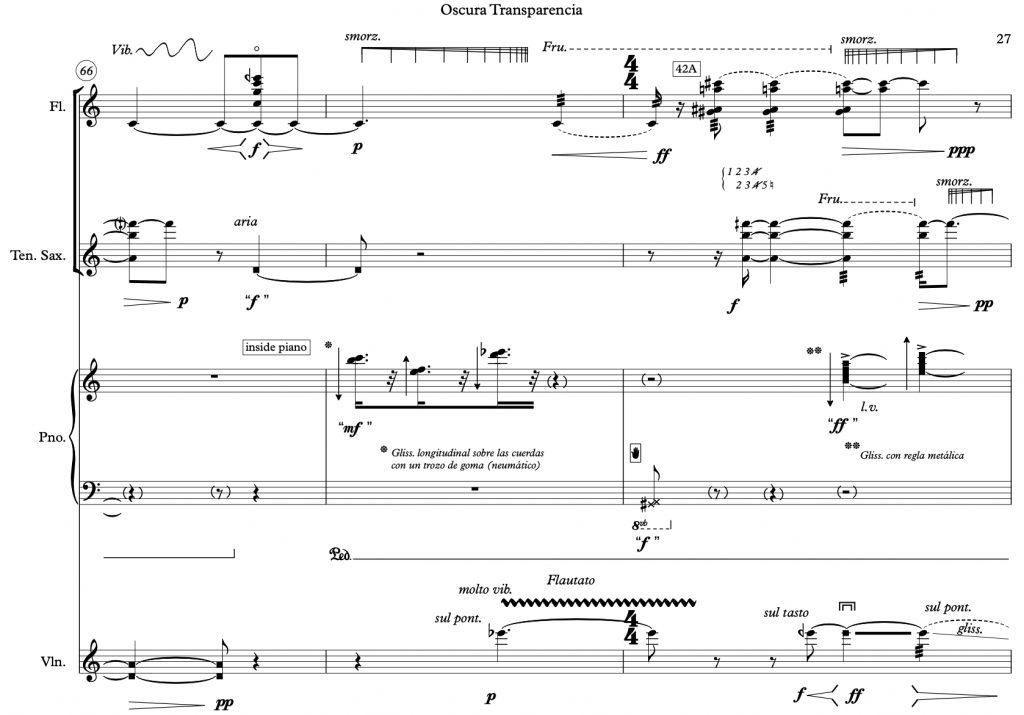